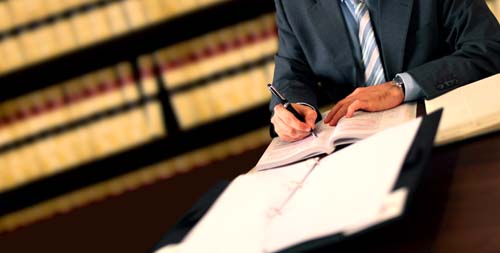 The State of Florida offers two important remedies to individuals who have criminal history records: executive clemency and record expungement.

1. Executive clemency allows people who have been convicted in criminal court to regain important civil rights.

2. The process of expungement can give Floridians peace of mind with regard to their everyday lives.

While the clemency procedure has been streamlined in the last few years, expungement of criminal history records in Florida is still a complex affair.

The laws of Florida are very strict when it comes to setting guidelines for expungement, reserving the “sealing” of a criminal record only when:
– There has been no conviction or
– Under certain circumstances, when the judgment has been withheld for a particular reason.

Getting an expungement is generally only available for most charges where the defendant was found to be not guilty by the jury of his or her peers or the charges were dropped.

The state of Florida in particular draws specific guidelines by only permitting those with dismissed cases or those who were not charged to qualify for getting an expungement. There are some exceptions that allow certain felonies to be expunged.

Note that there is a 12-month expiration for a certificate. If the date is older than one year upon filing the petition, it will be considered invalid and will not help until a new one has been obtained and submitted.

It is important to note that there is a difference between having a record expunged and having a record sealed. A sealing of a record, on the other hand, does not remove it outright but acts more as ”forgiveness.” When Florida law expunged a record, it may not be accessed, as it has been physically destroyed and only available in court or specific circumstances.

Sealing a Criminal Record: When it comes to clearing criminal history records, Floridians face a caveat. Sealing Florida court records has the effect of blocking the general public from accessing criminal histories. There are, however, some entities in the Sunshine State that have statutory access to these records despite being sealed. Some of these entities include the human resource departments of law enforcement agencies, the Florida Bar, several state agencies, and the Florida Department of Law Enforcement (FDLE) – particularly in cases of firearm licensing.

Expunging a Criminal Record: Expungement provides an additional layer of privacy that protects criminal history records from being accessed even by the entities mentioned above; however, record clerks are directed to advise those entities that criminal records have been expunged. The decision between sealing or expunging criminal history records will depend on the personal goals of each individual, and a Florida attorney can provide detailed advice in this regard.

How Records are Sealed and Expunged

The process begins with an assessment by an attorney as to the best approach. There are several factors to consider, beginning with the number of arrests and criminal history on record. Sealing and expungement are judicial proceedings, meaning that a judge must issue an order to do so, and only after statutory compliance has been proven.

One of the first steps involves application for a Certificate of Eligibility made to the FDLE. A comprehensive background check is then performed, from county court records to national criminal databases. This certificate is often not granted due to the complexity of the Florida legal framework, but attorneys can argue any issues and appeal all denials on behalf of their clients.

Once the certificate has been granted, affidavits and petitions for relief must be filed in the Florida jurisdiction whereupon the arrest took place. Placing a petition on the docket does not guarantee that the court will issue an automatic order to seal or expunge; attorneys may be called upon to appear at a hearing and argue on the merits of the petition. Once a judge rules in favor of sealing or expunging, the order is sent to the FDLE for execution.

If you or a friend needs help sealing or expunging a record, call New Port Richey Attorneys Laporte, Mulligan & Werner-Watkins, today for your free consultation at (727) 478-4125.