In a career spanning more than 40 years, Pete, garnered the respect and good will of every attorney, judge, client and even his clients’ victims. His innate sense of fairness and honesty toward all made him easy to like and admire. His belief that there is good in everyone allowed him to deal with some of the worst of people, and yet bring out something positive in them.

Pete began his legal career in 1971, handling court-martial defense cases in the U.S. Navy and later served as a military prosecutor and judge.   When he left the Navy, he settled in Florida and became an assistant state attorney in Pasco County in 1975. He then moved on to private practice in 1982 as a criminal defense attorney.

Pete was as much father figure, psychologist, social worker and businessman as he was lawyer. For years, he was the grease of the West Pasco courthouse, the man who kept the wheels of justice rolling along. Everyone at the courthouse knew him. Years ago, a man in trouble stood before Circuit Judge Stanley Mills. Mills asked the man “who is your lawyer?” The man, responded, “I don’t remember his name but they call him Probation Pete.” The courtroom erupted with laughter.

Pete built a reputation for being a successful litigator – outside the courtroom. Lawyers in West Pasco could not remember the last time Proly personally took a case to trial. It was sometime in the 1990s, Proly had said, but he didn’t remember exactly when either. He brought humanity to the courtroom. “Each client’s case is the most important thing in the world to that client”, and Pete always made it the most important case to him.

His clients respected and cared for him. “The dad I wish I had”; “You have helped me become the man I am today, saving me from the irresponsible kid I was years ago”; “He’s the most honest lawyer you’ll ever meet, and that, right there, is hard to find”, are just a few things his clients have said about him.

Pete was a mentor to many young lawyers, and an advisor to many new judges. It was very common for newly minted attorneys to be seen meeting clients in the firm’s office because they didn’t have an office of their own. Pete routinely encouraged young lawyers to use our facilities, and in doing so was able to help them give good advice to their clients. New judges often struggled in the criminal arena, especially when their practices had been limited to civil cases before they took the bench. It was common to hear a senior judge tell a new judge to “listen to Pete if you don’t know what to do. He won’t steer you wrong or allow you to get yourself in a predicament with a decision.” It was that kind of respect, in and out of the courtroom that made Pete such a rare commodity.

Pete was an avid sportsman, having played baseball and been on the swimming team in college. He was a family man who was married to his sweetheart, Ellie, and had a daughter, Jen, and a son, Ryan. He coached high school baseball, was an avid golfer, and later was routinely found running, swimming and biking in triathlons. He became the quintessential grandparent when his grand- daughter and grandson were born.

Craig Laporte met Pete in 1975 when Craig was a deputy sheriff and Pete was an assistant state attorney. They forged a friend- ship over the following six years that ultimately resulted in Pete and Craig practicing law together starting in 1983. For the next 30 years the two of them worked together in a partnership that was admired by many because of its tenure and closeness. Not only were Pete and Craig business partners, but they were also the closest of friends.

Pete’s battle with Leukemia prompted hundreds of people to become bone marrow transplant volunteers. Therefore, his legacy will live on for a very long time in the form of helping others; something Pete found great pleasure in during his life. 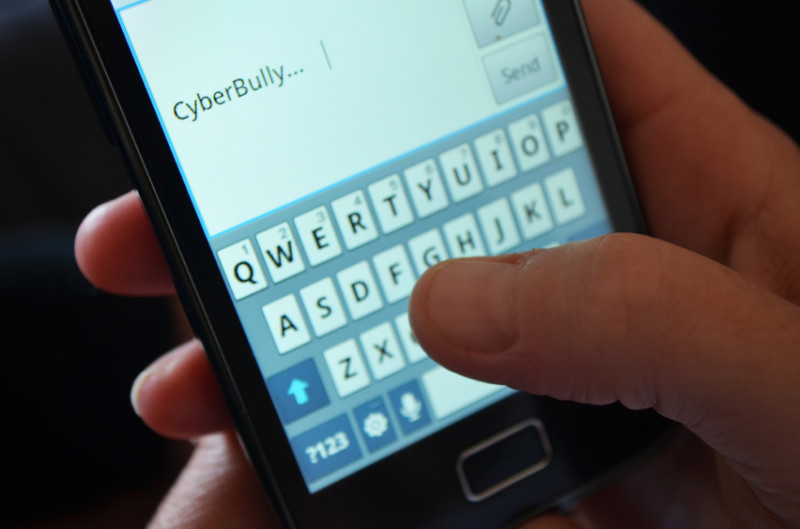 Over the course of the last decade or so, bullying has become an increasing threat throughout school systems nationwide. Coupled with an age of technological surges, primarily in those that boost the Internet, parents are finding more and more reasons to be wary about how kids are treating one another and through what means and media. Here are 10 things you, as a parent, can do to teach your child not to bully:

1. Set a good example. Do not engage in bullying behavior or the intimidation of others, and stand up to friends or family members who act like bullies.

2. Talk with your child about the fact that bullying is wrong and hurts other people.

4. Help children and teens learn to empathize with others. Ask them to think about how someone might feel about being bullied. Encourage children to be kind to others including those they don’t know well.

6. Monitor teens’ behavior including their cell phone and computer use. Consider a family computer and do not allow computers in children’s’ or teens’ rooms.

7. Encourage your child’s positive activities and goals and praise their accomplishments.

8. Watch for and praise the times that they exhibit positive social interactions or non-violent problem solving, such as showing empathy for others or compromising in an argument.

9. Ensure children get the help they need if they are struggling in school or in other areas of their lives, including problems with aggressive behavior or lack of self-control. Seek counseling for children who have a persistent pattern of bullying to determine if there are underlying problems causing the bullying.

10. Work with school teachers and administrators to discourage bullying at school and acknowledge positive behavior.

Florida law defines bullying as “inflicting physical hurt or psychological distress on one or more students or employees that is severe or pervasive enough to create an intimidating, hostile or offensive environment.” The law also extends its definition as anything that might interfere with a student’s performance in school. As you can see, there is a lot of wiggle room for those accused.

Laporte, Mulligan & Werner-Watkins, PA recently settled a wrongful death case arising out of a motorcycle accident in Hillsborough County for $2 million. The motorcyclist was survived by his wife and 2 step-daughters. The driver of the car that caused the accident was in the course and scope of her employment for a major pharmaceutical company at the time of the accident.